The creator, orchestrator, and the director of everything that happens on our tiny planet. We regard him(or all of them) as the key holder to the universe. Our fate, our destiny, our entire life is mapped out into a playbook in the heavens by them. We live our entire existence owing to the supernatural divinity that befalls us. The depth to which we perceive and acknowledge the transcendent power varies from one individual to another.

Monotheism, polytheism, pantheism, henotheism, and atheism are just a few of the terms that come to my head when it comes to believing in a supernatural element. While you could just google out the meanings of these words, I still want to help save up even that effort for those who are too damn lazy to do that. Monotheism, as the name suggests, deals with the acknowledgment of the existence of a single, powerful deity. Polytheism believes in the existence of multiple deities; the best example being Hinduism. Pantheism treats the cosmos and divinity as equals, without characterizing the divinity to be of any anthro-morphic form. Henotheism activists believe in a single, supreme leader, but are open to the existence of multiple deities. Finally, atheists are the growing belief that questions the existence of God as a human imagination. Debates over who is right never ends and never will.

I have come across, in my life, all kinds of believers and non-believers. I do not get to judge why or what kind of situation in their lives make them unsee the truth that lays in front of their living eyes. Then again, I do not judge them according to their beliefs. According to me, everything a religion teaches you, everything your parents try installing in your minds from the time you were born, and everything you take from both of it ultimately makes you who you are. Some grow up to be the close-minded, orthodox, religious misinterpreters whereas the rest become the more open, sophisticated, not-that-pious kind of thinkers. I prefer the latter out of the two as they respect the choices the others make. They do not try and bring you to their side. Believe him or not, do not be superstitious and stupid. That’s their motto.

I have had my share of interrogation sessions with the almighty on a number of occasions. Whether it be heavy traffic, a rainy day without my umbrella, an examination so tough that all you do is look around and guess what everyone else was writing, or even missing my bus back home, I have stood there in vain and questioned his existence. Blamed, cursed, and felt repressed for being involved with him. Then follows the epiphany from inside. A tiny speck of hope that illuminates the way ahead. The voice inside our heads that ask us to try next time. It happens with every one of us. My belief is that no matter what kind of religion holds our life together, we, as individuals, have a god in each of us. You read about it in all the holy scriptures. Every single being on our planet is made up of that divineness. It is the source of our life. That spark which ignites our very existence. It is what drives us to do what we do every single day.

There is only one true God. He takes up different forms to help us, humans, grow spiritually. At the end of the day, he expects us to realize and look back to see and understand him in his true self. He adopts this because our world is understandable to us only through variations- in thought, and karma. So my single advice would be to believe and let others believe whatever they want. Be an atheist, but do not impose your beliefs onto others. Be open to diversity in spirituality.

The people living in land of deep darkness have seen a great light. 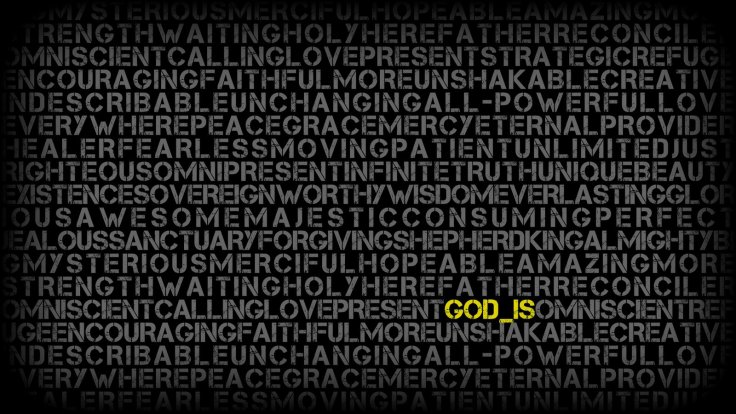